IF NECESSITY is the mother of invention then it is no surprise that this 78-year-old from One Mile has turned his talents to solving problems.

Hans Laroo knows what the word struggle means - having survived extreme malnourishment during the Second-World-War in his native Holland. He arrived in Australia as a gaunt teenager in 1951 and has since become a proud Aussie citizen - who just happens to have taken an interest in a thing called colloidal silver. A knack for electronics and curiosity for science triggered Mr Laroo's mission to create a possible replacement for antibiotics about eight years ago. After some extensive research, he not only realised products currently being marketed as colloidal silver were not what they claimed to be, but he also discovered a way to make what he claims is 100% colloidal silver. The antimicrobial properties of silver have been known for some time, however there is some argument over the purity of the silver being marketed and its possible side effects.

What about Hans Laroo?

Hans arrived in Australia from the Netherlands mid 1951 at age 16 and was soon as employed as an apprentice Optical Mechanic and constructed a 150mm parabolic mirror astronomical telescope from the ground up. The job did not pay much and for a number of years he was involved in bookkeeping and accounting. He joined the Australian Society of Accountants and e was soon employed by a major Brisbane Drug Company as a senior clerk. Next came a stint in the army where he acquired the rank of Sergeant in a transport battalion after just one year. After that, more accounting positions and the discoverer of employee collusion and financial fraud in the organisation he was employed by. This prompted him to seek employment in the Queensland and NSW Insurance industry and became a Senior Insurance investigator (Accident Surveyor). As part of his employment he studied the many facets of the insurance industry such as the Law of Torts and in particular the subject of Negligence and a host of associated subjects such as Statute Law, Accounting and Investments, Forensic Auditing, and Physiology and Anatomy. He also became a qualified Loss Adjuster with the Institute of Accident Assessors. He was the first person in Australia to set a Standard for Safes. Associated interests were locks and keys of the world, electronic security and surveillance systems and in the mid 1970s designed the first computerised access control systems of which a small number were installed on strategic Government buildings. For security reasons their locations cannot be revealed. 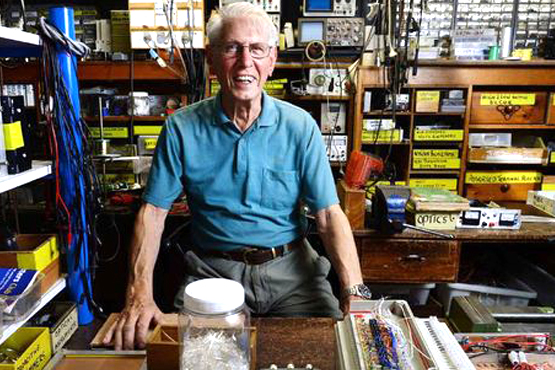 Hans Laroo - Independent Science Researcher
I was born in Amsterdam and immigrated to Australia in 1951. I have always been interested in Science and technology and in particular in hands-on electronics and optics. I started out as an apprentice optical mechanic and for many years worked as a Senior Investigator and a photo-journalist, editor and publisher of a security magazine.